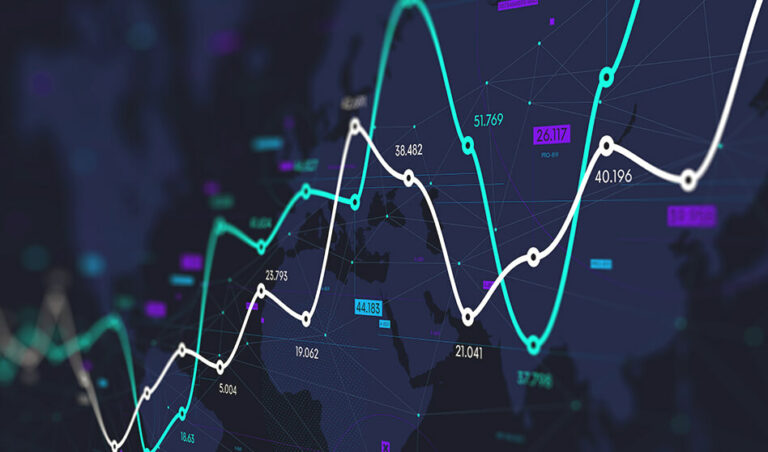 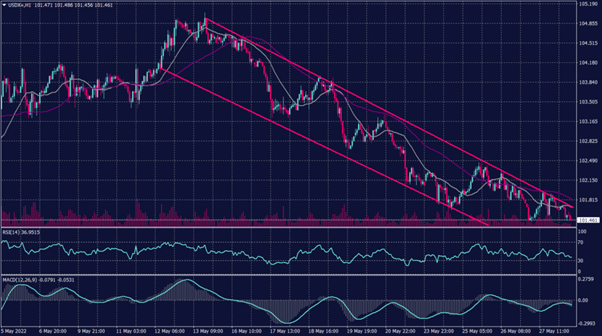 The dollar remains trading within its downward channel, as traders lowered Fed hike expectations amid signs the Fed might slow or pause its tightening cycle in the second half of the year.
Technically:
The U.S. dollar index is testing 101.43 for the second trading day flirting with its lowest rate in over a month. Additionally, the index still trading below the 20-day and 55-day moving average on the daily chart and hourly chart indicating a possibility for a further decline.
Likewise, the index is cementing its declining pattern on the hourly chart which targets 101.20 on the hourly chart. Technical indicators show a likelihood of further decline.
PIVOT POINT: 101.40 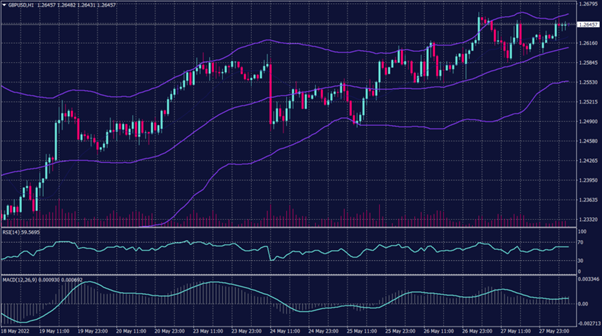 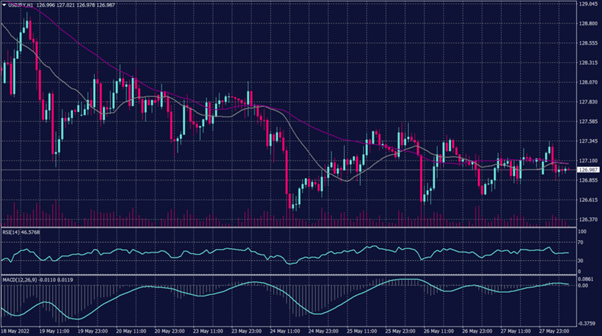 The Japanese Yen holds ground around 127.00 for the fifth day in a row and flattens its technical reading into neutral levels.
Meanwhile, the pair is setting its price action readings to further decline, but technical indicators are showing neutral readings.
PIVOT POINT: 127.00 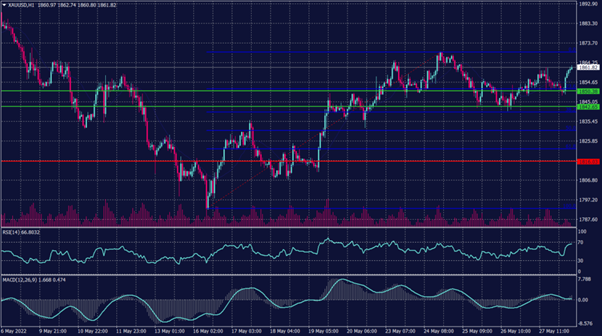 Gold traded up during the Asian session, firming in volatile trading. The weaker dollar pushed the precious metal, but the gold appeared unstable. Additionally, other precious metals are also trading upward indicating a safer trading pattern in the market.
Technically:
Gold prices moved up during the early sessions after dipping yesterday. However, spot gold is moving upwards from the support at $1,850 per ounce and is expected to remain unless it broke below 1,842. Technical indicators show a possibility of a decline, as RSI is showing the gold is overbought, while MACD is neutral.
PIVOT POINT: 1,860 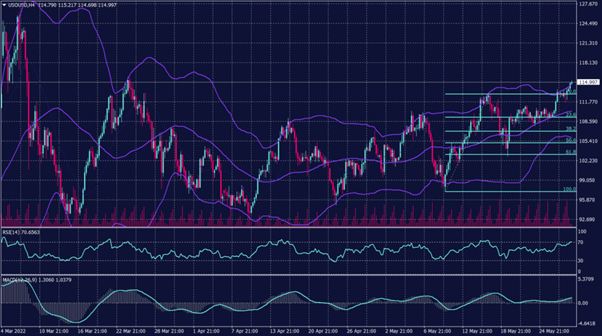 Oil was up this morning, hitting two-month highs as market participants wait to confirm if the European Union (EU) will reach an agreement on the sixth package of sanctions against Russia. Meanwhile, Brent oil futures rose 0.73% to $116.40, and WTI futures rose 0.85% to $116.05, extending the previous week’s gains.
Technically:
WTI penetrated the resistance of 112.75 and moved towards the next resistance of 115.00. However, according to the Bollinger bands, WTI is set to a correction after touching the upper band and it may run back towards the 55 periods moving average.
Fibonacci retracement shows firm support at 112.75 and the 55 period moving average reads a further advancement. RSI is showing WTI is overbought, while MACD shows a continuation.
PIVOT POINT: 114.75