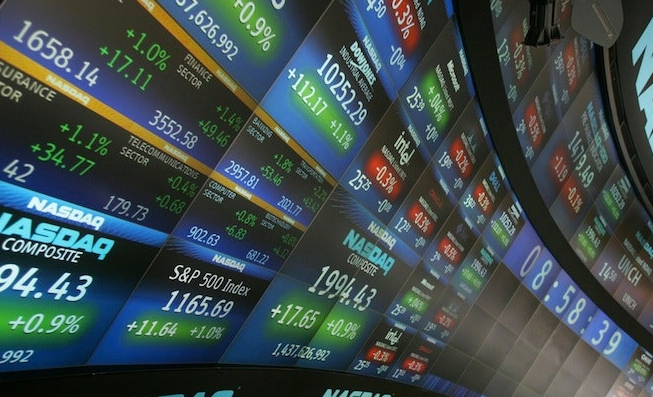 The US 10-year Treasury yields rose 5.4 basis points (bps) to the highest levels since May 2019, around 2.54% by the time of writing. European stock markets are expected to start the week in a cautious manner, as market participants keep a wary eye on changes in the war between Ukraine and Russia with peace talks set to take place in Turkey this week.

Bitcoin has gained over 12% after climbing six consecutive days, although it remains off its $47,200 starting point in 2022, Ether and most other major cryptos were also blooming. The second-largest crypto by market cap followed a similar pattern to bitcoin on Sunday and was changing hands at over $3,270, its highest level since early February.

From the price overview of ETHUSD, the overall trend looks bullish. Price seems to have broken multiple highs to move higher and is approaching a resistance level of 3,370. There could be a retest of the support level at 3,260 before the price continues to the bullish direction. The RSI and MACD are above the center-line and the RSI is in the overbought region which indicates that the price would soon reverse to the bearish direction.

US natural gas in storage dropped by less than expected in what might be the final draw of the heating season, yet Henry Hub futures continue to build on recent gains as the summer and winter strips sail higher above $5/MMBtu. Storage fields withdrew 51 billion cubic feet (BCF) for the week ended March 18, according to data released by the US Energy Information Administration on March 24. Working gas inventories decreased to 1.389 trillion CF. US storage volumes now stand 366 BCF less than the year-ago level of 1.784 TCF and 293 BCF less than the five-year average of 1.744 TCF.

From the overview of Natural gas (NG) prices, the overall trend looks bullish. Price has been making a series of higher highs and is currently at the resistance level of 5.670 which could lead to a reversal price to the bearish direction down to the support level of 5.368. The RSI and MACD are above the center-line and the RSI is around the overbought region which could lead to a possible reversal of price to the bearish direction.